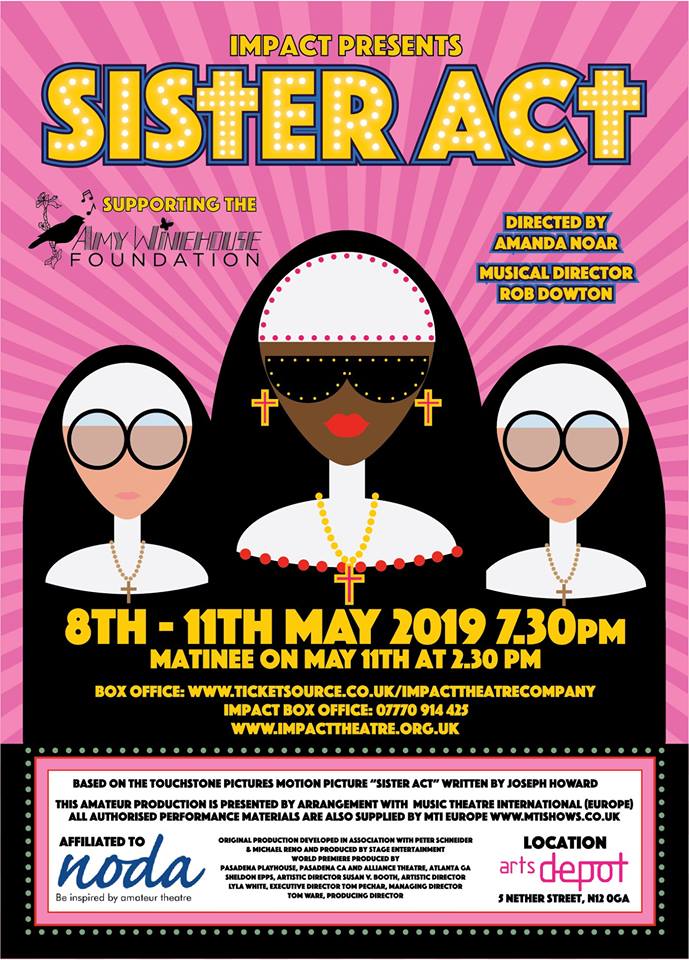 Sister Act tells the story of aspiring disco diva Deloris Van Cartier. Trying to work her way to the top in 1970s Philadelphia, Deloris falls in love with a very tough—and very married—gangster boyfriend named Curtis, and when Deloris witnesses him commit a murder she ends up in hiding on police orders in a convent whose parish has fallen on hard times. Though the sequin-free lifestyle doesn’t agree with her, Deloris finds her calling working with the choir, and breathes new life into the dusty convent while discovering a sisterhood she’s never had before.

SISTER ACT is the funniest and funkiest musical around.