Robyn Ward – Once Upon A Time 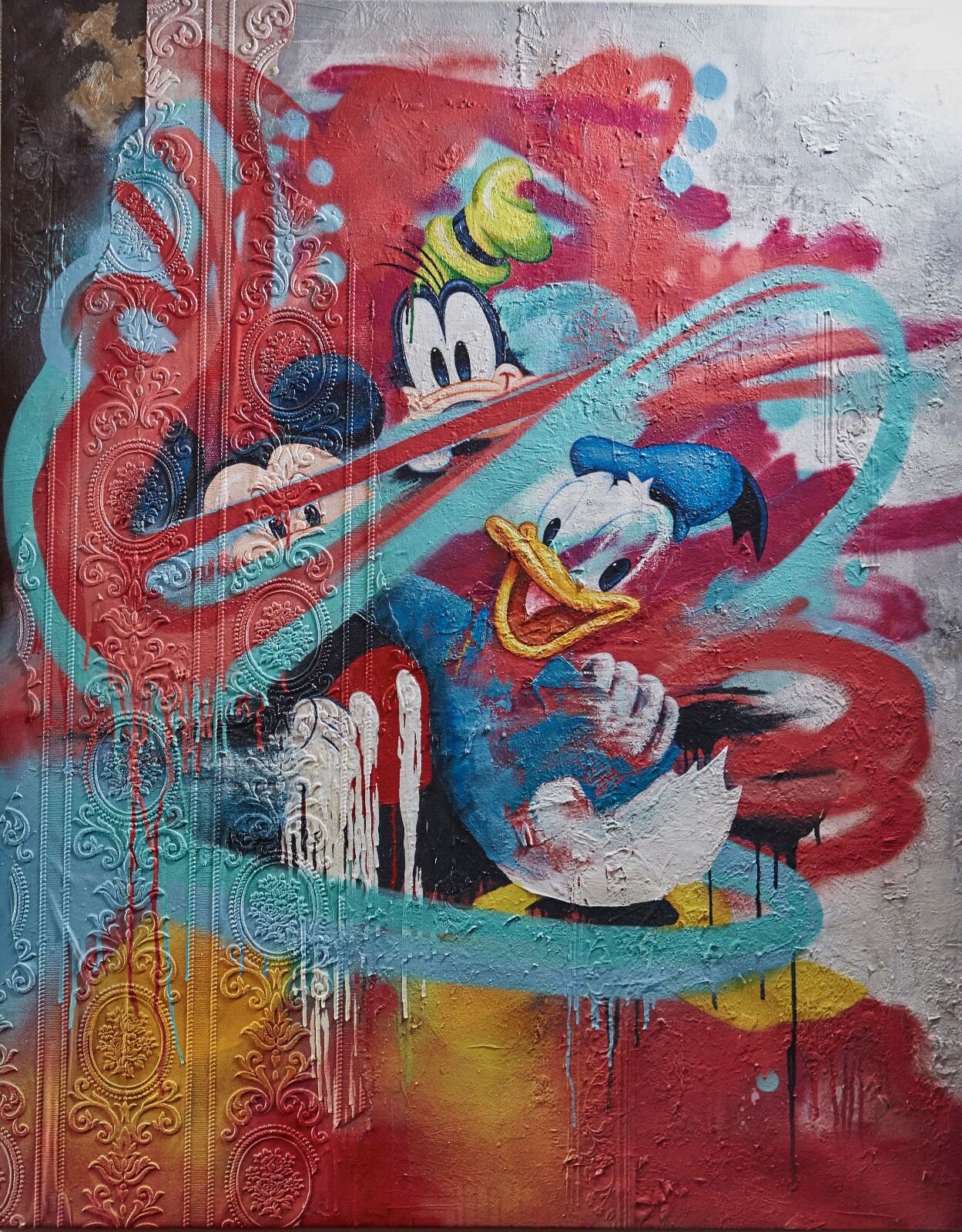 An exhibition of new works by the artist Robyn Ward.

Ward juxtaposes the cosy, domestic world of early youth with the gritty visuals of adolescent rebellion and a distinctly adult sensibility, to create work that is restlessly interrogative and darkly humorous.

‘Once Upon A Time’ sees seemingly innocent familiar cartoon characters from childhood set against antithetical subject matter, stirring feelings of an idyllic childhood long gone, or perhaps one which never existed. Ward’s paintings deal with various current issues – ranging from racism and corruption to global warming and Brexit – as he explores the anxieties and contradictions of present-day society. His new work explores the themes of racism and bigotry in particular, through landmark historical moments.