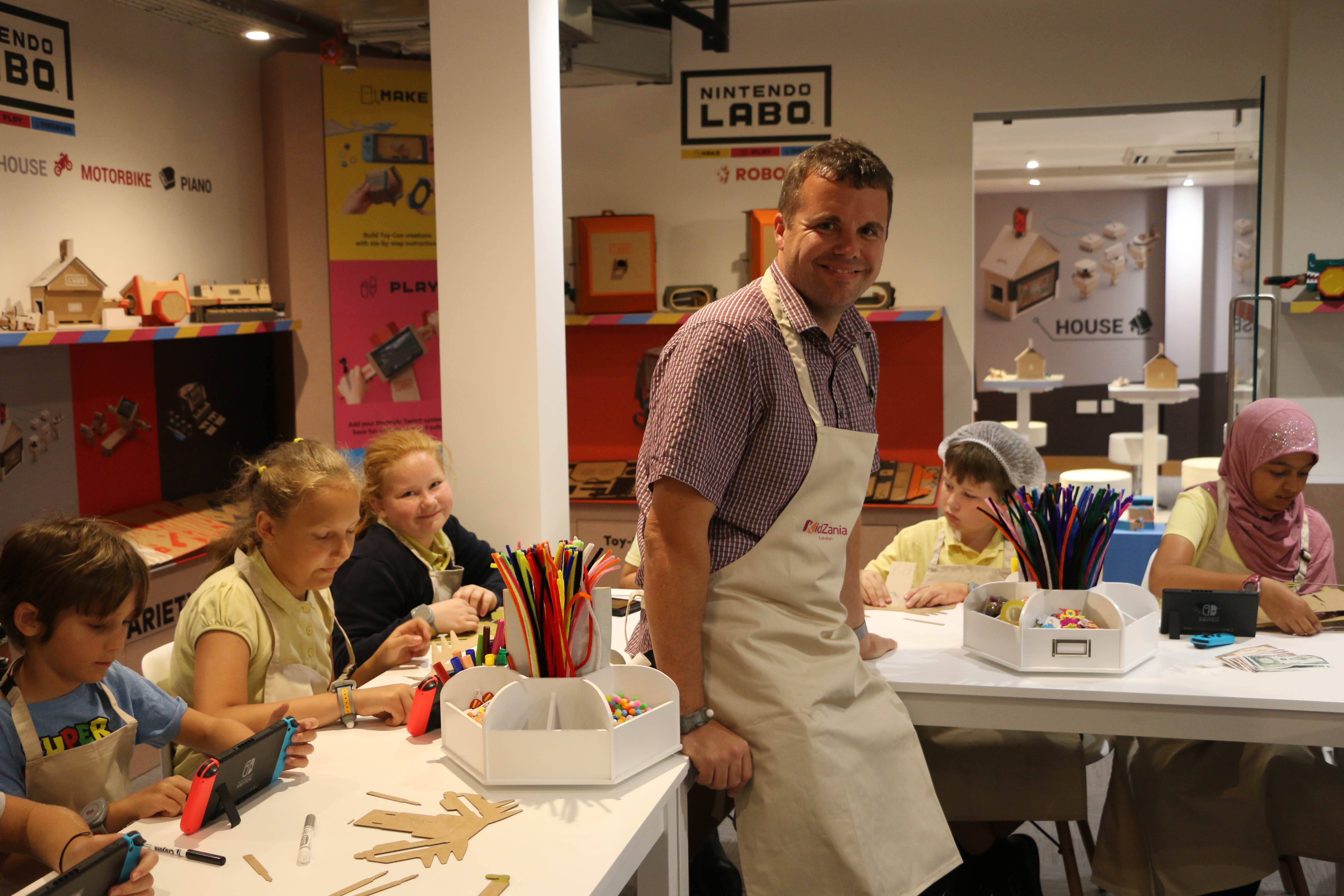 Nintendo UK, the worldwide pioneer in the creation of interactive entertainment and KidZania London, the indoor city run by kids, are excited to announce a new partnership and the launch of their Nintendo Labo workshop experience.

Nintendo Labo is a series of DIY kits crafted to work with the hugely popular Nintendo Switch console. By assembling sheets of cardboard into almost anything – a motorbike, a fishing rod, a 13-key piano or even a robot suit – and combining them with the Nintendo Switch console – kids will be able to bring their creations to life – from winning a race, catching a fish, to performing a song!

Nintendo is one of the worldwide pioneers in the creation of interactive entertainment and the mastermind behind some of the best-known and top-selling videogame consoles and games.

The partnership aims to inspire future design engineers by exploring different ways to create and invent, and by taking part in the Nintendo Labo™ Workshop experience within the city, kids will take on a journey through the Make, Play and Discover pillars of Nintendo Labo.

Once kids have completed the activity, they will get to keep their RC Car which they create during the workshop as well as receive a Nintendo Labo Workshop completion certificate as a token of their achievement. They will also receive a salary of 8 KidZos – the KidZania currency that kids can spend on activities throughout the city.

Designed to empower and entertain kids, KidZania gives children the chance to challenge themselves and explore the world of opportunities. If your child has ever dreamt of becoming a pilot, a firefighter or the next award-winning actor, watch the excitement on their faces as they try out real life activities! The concept effectively gives them their first taste of independence and gets kids thinking about what they might want to be in the future.

The London Library posted an update 5 days, 5 hours ago