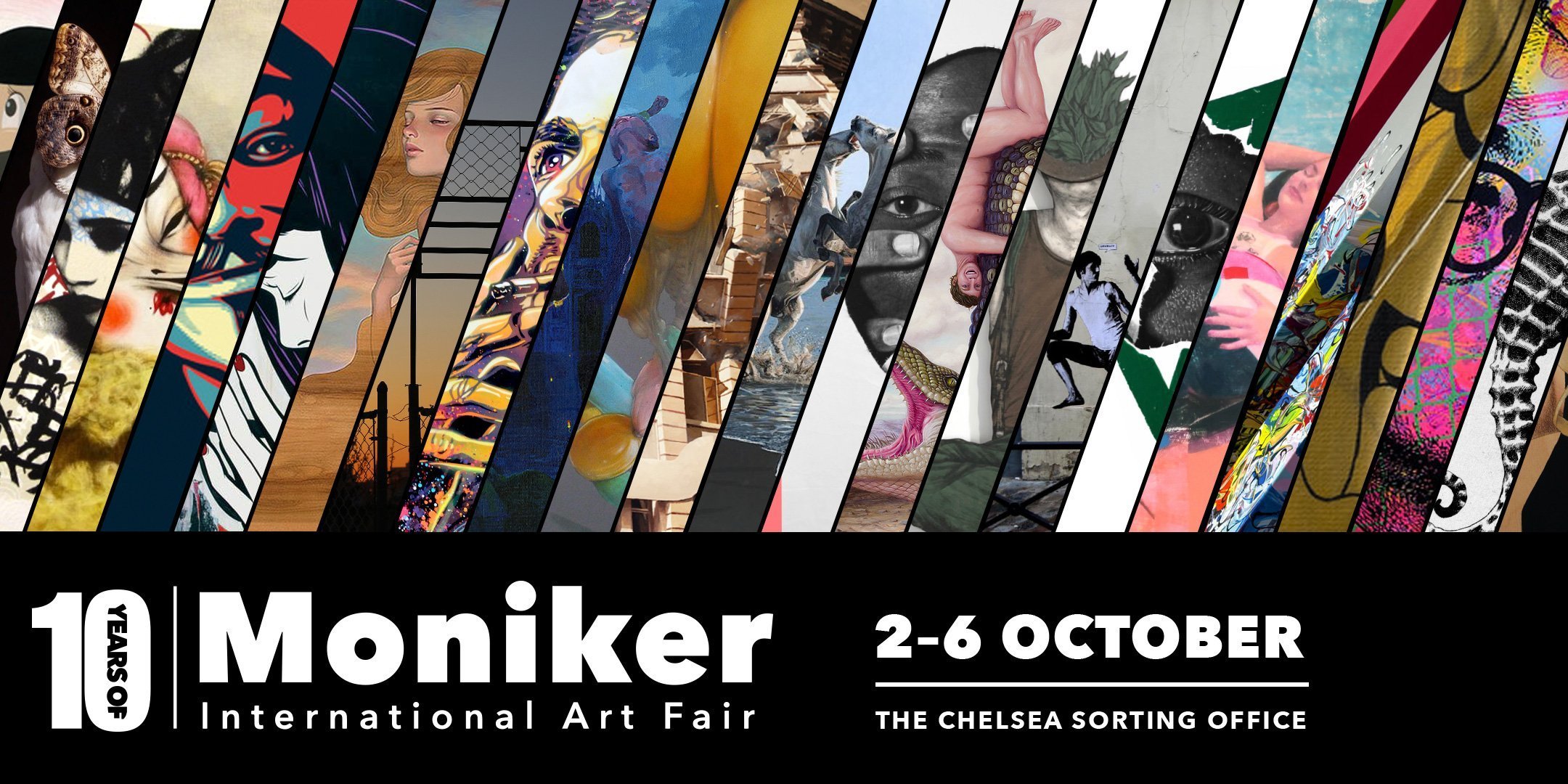 Moniker Art Fair has earned a reputation as one of the most exciting contemporary art fairs with its roots embedded in urban culture.

This October, Moniker brings its acclaimed event format to Chelsea, which has for 9 years attracted contemporary art collectors in their thousands to East London. Moving from Shoreditch to Chelsea marks a year of radical change, as Moniker continues to push the narrative of urban art, and its role on the London art scene, Moniker’s reinvention in Chelsea will pioneer its future-forward outlook.

Over the past decade, the fair has embraced risks and it seeks to prove how powerfully the immersive and experiential fair format can stimulate audiences and win over the next generation of contemporary collectors. As much a festival as an art fair, Moniker has evolved since its East London foundation and the scene’s inevitable global transience means it can embrace its transient roots as it relocates.

The five day arts festival will include a daily talks and film programme hosted by The Art Conference, Live Dj’s, art workshops, immersive experiences and a selection of food and beverages.