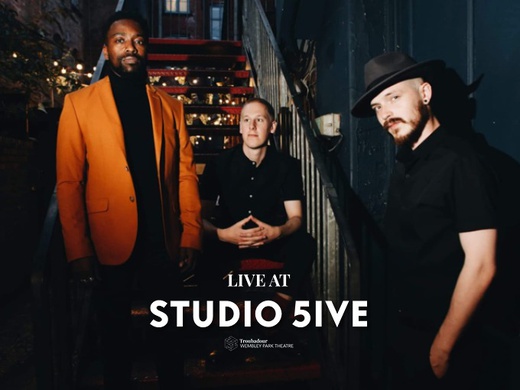 Major Ruse are a hiphop influenced jazz trio with a rocky, punk edge, described by Tom Robinson as ‘a totally fantastic f*cking noise’. Armed with just a sax, a guitar and a drum kit, Major Ruse make music that takes risks, pulls on heart strings and makes you want to shake a leg! They take in everything from math rock to hip-hop, blend it up in jazz and fire it back out with groove and feeling.

Putting out their debut EP last year, they have since been putting in the hours writing new material for their first album and honing their energetic live shows.
Along the way they have played many festivals including Love Supreme, We Out Here and Manchester Jazz Festival and supported the likes of Oscar Jerome and Blue Lab Beats as
well as having their latest single played on BBC 6 Music and being invited to play live on Tom Robinson’s BBC 6 Music show in December.