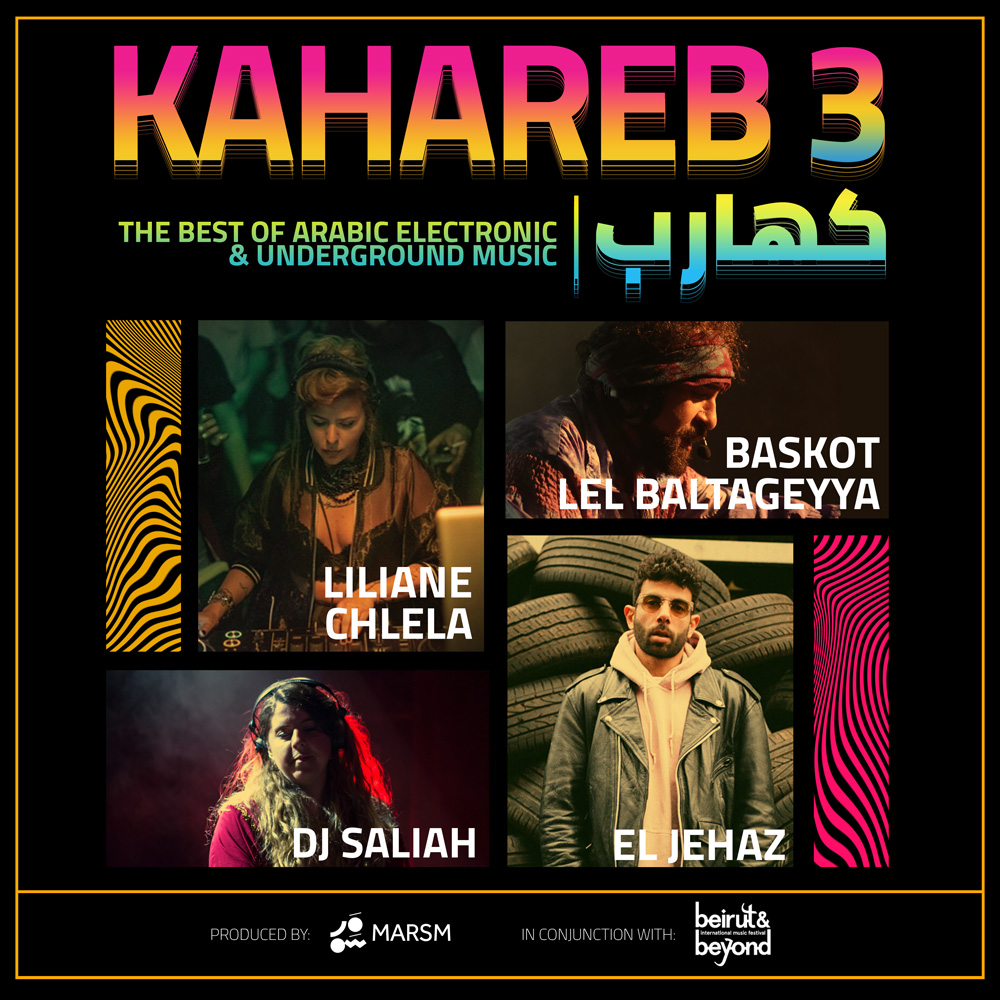 Bringing together the finest selection of electronic and underground artists from the Middle East and North Africa, Kahareb celebrates the vibrant scenes of techno, electro-chaabi, global bass, house, and more – and the spectacular regional talent that is making it all happen.

Following two sold-out editions, Kahareb returns in collaboration with Beirut and Beyond, one of Lebanon’s leading independent festivals of contemporary music to showcase a unique night and fascinating lineup from Lebanon, Egypt and Jordan.

With her distinct sound treatment and signature improvised performances, Liliane Chlela has become of the most versatile producers and composers in the Middle East. Pushing the boundaries of ‘Experimental and Electronic Music’ in Lebanon and the Middle East for over a decade, she has extensively collaborated with regional artists such as Hamed Sino (Mashrou’ Leila) and Tarek Yamani, as well as being featured in Boiler Room’s Beirut edition.

Reshaping the boundaries between traditional Arabic music and electronica, multi instrumentalist and producer El Jehaz has become a key player in the digitalised rebirth of Mijwiz and electronic Dabke, an unstoppable folkloric music phenomenon from Jordan and Palestine that has grown greatly with the work of his previous project, 47SOUL.

This event is unfortunately not wheelchair accessible

MARSM UK is a London-based production and promotion company for alternative and underground Arabic music events in the UK. From Palestinian hip-hop to bass-heavy electronic nights, Egyptian indie-rock and everything in between, follow the journey on http://www.marsm.co.uk.