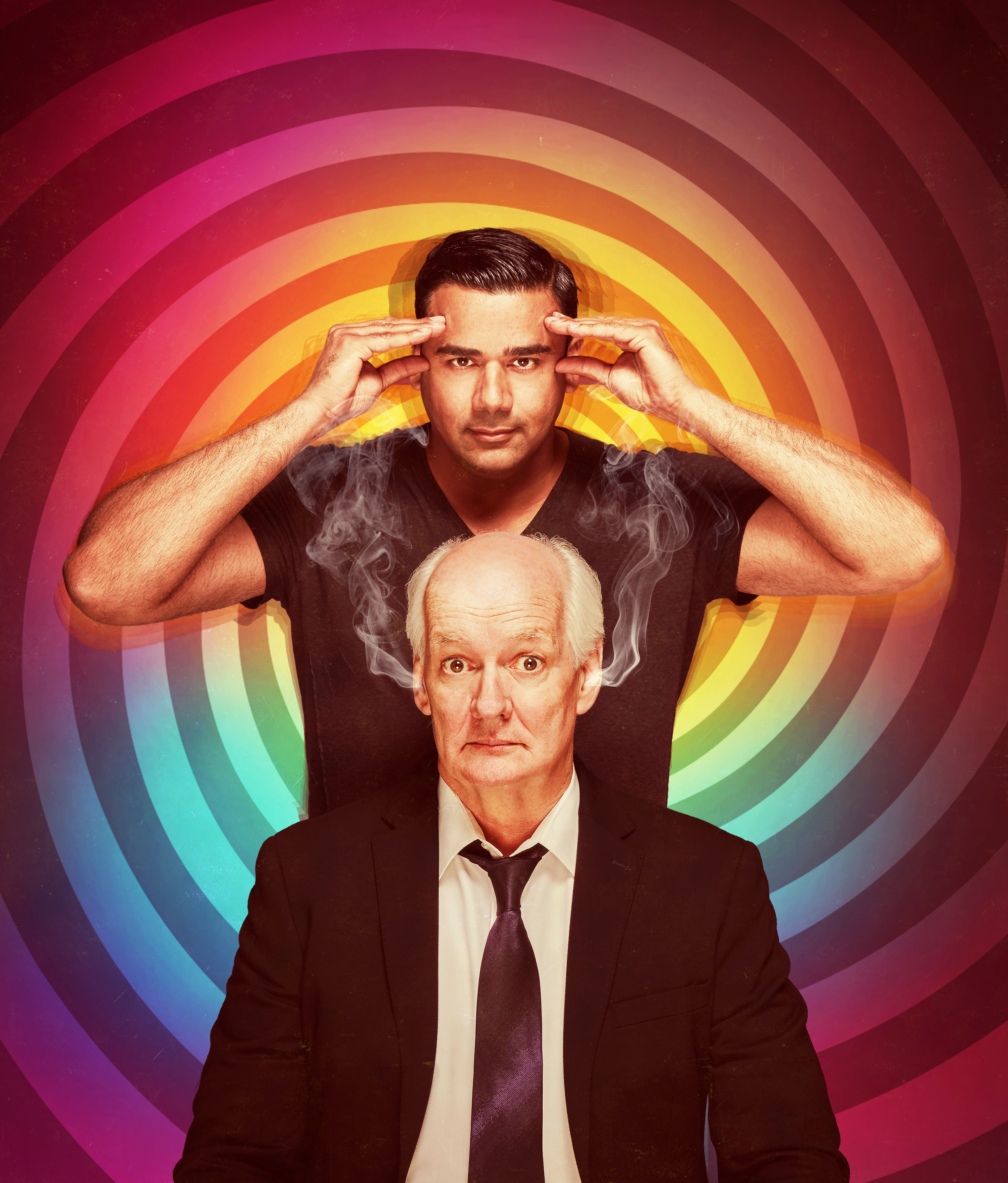 “Personally, it’s the scariest thing I’ve ever done as a performer”, explains world-renowned improv veteran Colin Mochrie of the hit show that has him so nervous. “I look into their dead eyes and wonder if it’s going to be a very long night. So far, we’ve been fortunate.”

Mochrie isn’t describing his work for the past 30 years on the international TV phenomenon, Whose Line Is It, Anyway? He’s talking about one of the most original and talked about live experiences that he co-created with Master Hypnotist Asad Mecci, HYPROV: Improv Under Hypnosis, one UK theatre-goers will be able to witness for themselves this coming May.

After welcoming volunteers on stage to be hypnotized and whittling it down to a handful of the most susceptible, Mecci brings Mochrie out to improvise with them -while they are under hypnosis.

A world-renowned hypnotist, Mecci says “I’ve been hypnotizing people for 20 years, and when I studied improv, I had an epiphany: hypnosis could unlock the comedic genius in everyday people and turn them into pros. You never know which hypnotized subject will become the next star of the show. That’s what makes the show incredible, ordinary people doing extraordinary things!”

“Adding the element of hypnosis to improv allows people to let their guard down and have fun in a scene. They’re certainly the most interesting stage partners I’ve ever had!” notes Mochrie.

They took the show on the road to Just for Laughs London, Just for Laughs Montreal and the Edinburgh Fringe, where it was received with rave reviews and sell-out audiences in 2016 and 2017. The duo set out on a 50-city tour in 2019 and performed across the U.S. and Canada before the pandemic caused them to postpone; now, they are ramping back up with a UK Tour.

NB: Those interested in participating in this interactive show must sign-up in advance through the venue and present proof of full vaccination and a negative COVID-19 test within 72 hours of the showtime to participate on stage. Volunteers (must be age 18 or over) can refuse at any point to continue taking part in the performance.