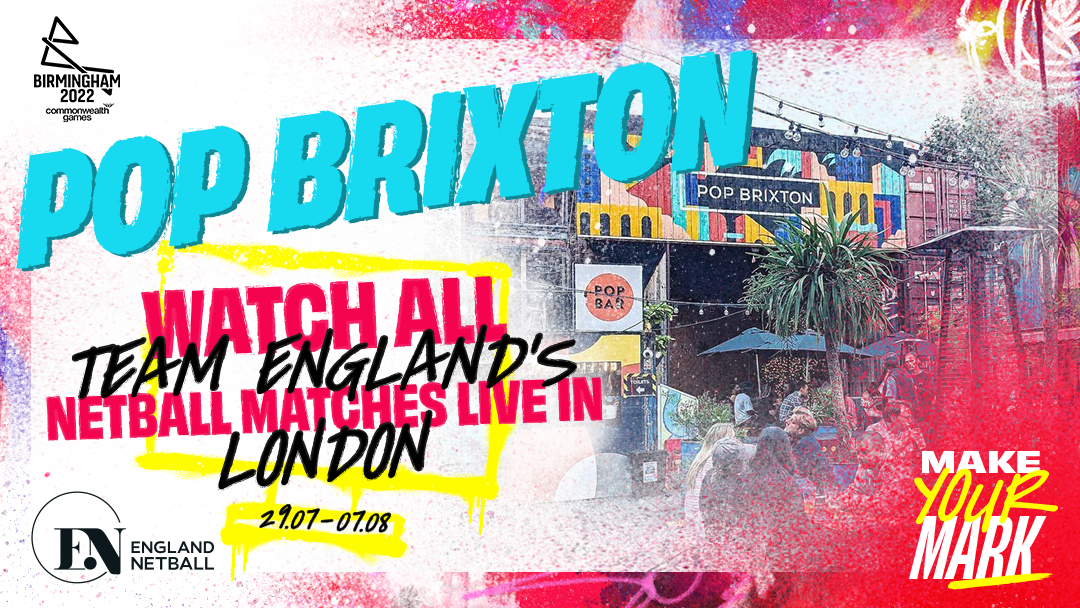 Netball fans across the UK can watch all of Team England’s Birmingham 2022 Commonwealth Games matches at free screenings, as England Netball teams up with a series of venues to inspire and excite sports fans this summer.

England Netball, South London’s iconic Pop Brixton and popular pub chain, The Botanist in Birmingham, Alderley Edge and West Bridgford in Nottingham, are working together to create a series of designated ‘screening hubs’ where fans can come together, watch the sold-out games and enjoy the tournament as it unfolds.

More than 319,000 people play netball at least twice a month in the UK making it one of the most widely played participation sports in the country. The sport’s popularity has risen since the last Commonwealth Games when Team England – having reached their first major final – stunned favourites Australia to claim gold with a last-gasp goal from Helen Housby. The final was watched by a whopping 1.8m people either live or via the re-run later that day on the BBC.

Team England’s Birmingham 2022 Commonwealth netball games schedule kicks off on Friday 29 July with England versus Trinidad and Tobago. The full schedule is: