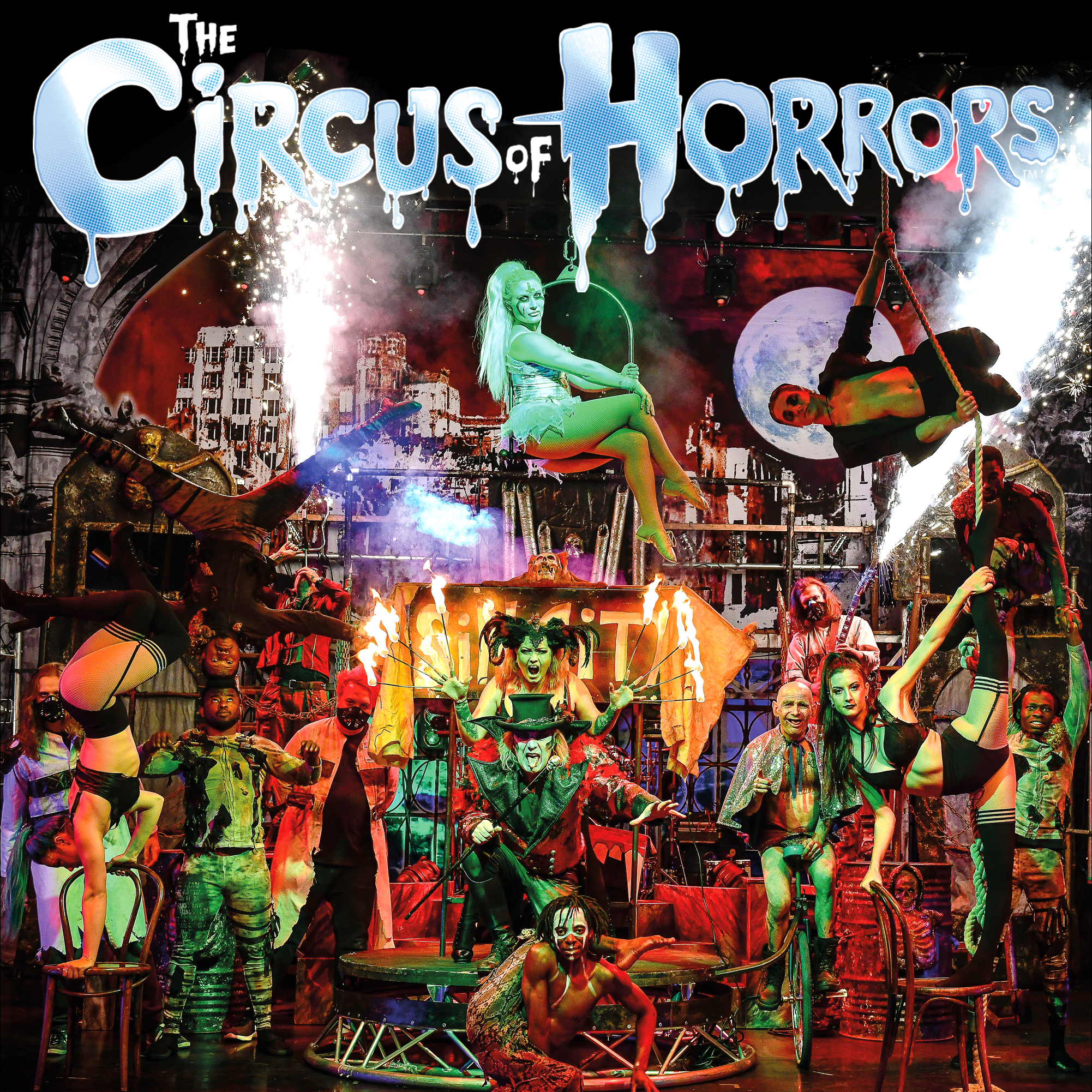 Special Offer £5 off any full price ticket. Go to Ticketmaster and use the code GORY in advance.

When the Circus of Horrors started in Glastonbury ’95 people thought it would run for 25 weeks let alone 25 years, yet here we are a quarter of a century later and the Circus of Horrors is still touring all over the World, still getting rave reviews & still getting loads of media coverage.
The show performed for the 4th consecutive year at last years Download Festival when it also returned to the Glastonbury Festival.
The new Circus of Horrors show will be a celebration of the 25 years and will include an amazing phantasmagorias amalgamation of acts, driven by a rock n roll sound space, a show that will have you sat on the edge of your seat when not falling off it with laughter.
The almighty cast that stormed into the finals of Britain’s Got Talent is now a West End & World Wide Hit will take you on a rock n’ roller coaster ride of amazing & Bizarre acts. It is a circus like no other and a show you simply can’t afford to miss.
Not advisable for under 16’s
The Grand, Clapham Junction. 21-25 ST JOHN’S HILL LONDON SW11 1TT.
Fri 18th September. Two shows 7pm & 10pm