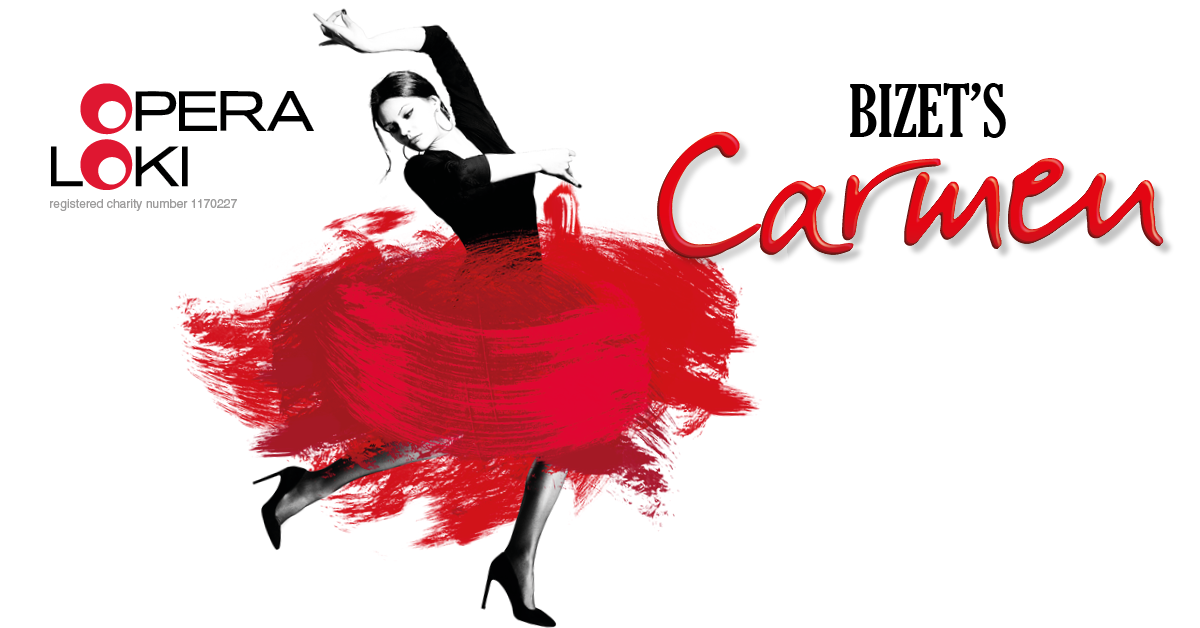 Opera Loki cuts right to the soulful heart of Bizet’s famous tale of female seduction, love and the pursuit of freedom.

‘ I think the roars of approval at the end of the evening said it all. It was a cracking performance.’
‘ …an absolute enchantment in every way, beautifully sung and acted.’

Following a tour in France, Opera Loki brings Bizet’s Carmen to UK venues this autumn, including ‘Upstairs at the Gatehouse’, Highgate (21st – 24th October)
This production is not to be missed!

Director Jane Gray has catapulted the traditional 1800s setting of Seville, Spain, to the hot and dangerous Mexican/American border in the 1990s.

Partying with drug lords is the norm, and violence is frequent. As a result, it is difficult for young women to earn enough money to live and find genuine love.

Carmen passionately and intensely holds her own, refusing to comply with the men who expect her to give up her ideals and beliefs to be with them.

The cast includes Australian mezzo-soprano Shakira Tsindos as the driven and determined Carmen. Shakira has recently been accepted as a young artist by National Opera Studio and has a string of international plaudits for her work. Newcomer Andrew Rawlings amazes the audience as Don Jose with a tenor voice described as ‘thrilling and powerful’ and ‘a star in the making’ by audience members. This production, however, is a vital ensemble piece with outstanding performances from artists of the future Erin Alexander (Frasquita), Hannah Crerar (Mercedes), Tim Bagley (Zuniga/Dancairo) and Lars Fischer (Morales/Remendado) and Alice Usher (Michaela)

Charitable opera company Opera Loki aims to bring performances in English to regional communities within intimate venues, making their productions ideal for first-time opera goers and seasoned opera lovers alike. In addition, the organisation provides a much-needed platform for early-career artists and an exciting opportunity for audience members to see the sizzling new talent up close.