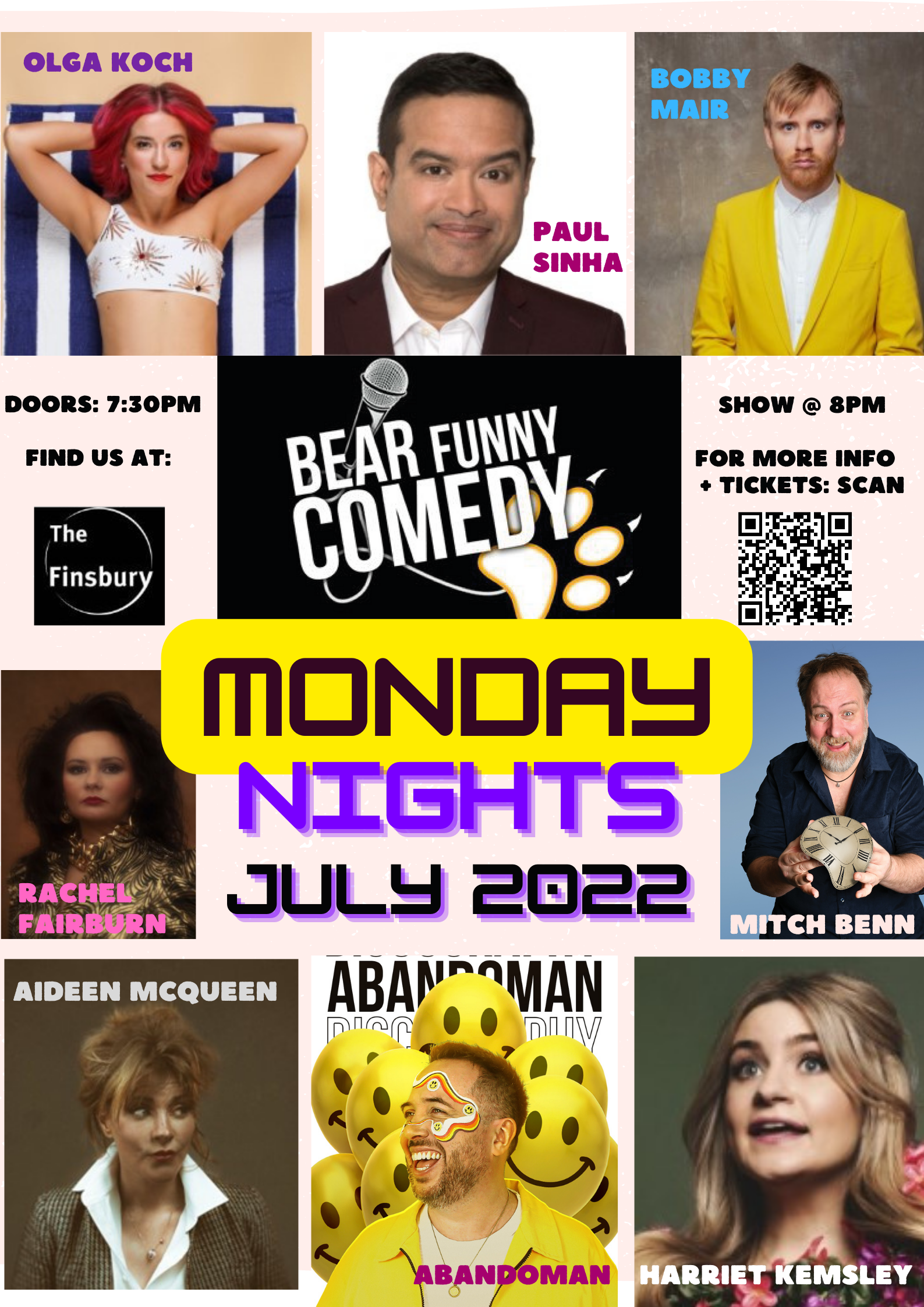 Cockroach is an hour of dark, gut-wrenching stand-up from one of the best comedians in the country. Host of ITV2’s Killer Camp. As seen on Feel Good (Netflix), Stand Up Sketch Show (ITV2), Roast Battle (Comedy Central), Guessable (Comedy Central), 8 Out of 10 Cats (Channel 4), Celebrity Antiques Road Trip (BBC Two) and lots more. ‘Clearly a brilliant stand up’ (Jimmy Carr). ‘A bona fide tour de force’ (Guardian). ‘The kind of person you would not want to sit next to on the bus’ **** (Evening Standard). **** (Fest). **** (Scotsman).

Fed up with being told how to look and behave since she was a teenager, Harriet is taking a long hard squint at the beauty industry through her two remaining false eyelashes. As seen on Live at the Apollo, 8 Out of 10 Cats does Countdown, Hypothetical, Roast Battle, Guessable, As Yet Untitled, Comedy Central at the Comedy Store and Bobby & Harriet Get Married. ‘At the dawn of her TV career’ (Radio Times). ‘Packs in high calibre jokes’ (Guardian). **** ‘A masterful hour’ (Skinny). **** (Scotsman). **** (List). **** (Fest).